We are in the midst of an era of accountability. Massive changes to our collective realities since 2020 forced us to redefine our perception of the way the world works. We face the might of the more than human world, as well as how easily our illusive sense of control can be overruled. Whether previously aware of it or not, our climate crisis has been inflating in the backdrop of the theatre of life. The effects of the globe’s meltdown is ever more apparent, and we are facing the consequences like a mirror. Jaded reflections, sometimes less hopeful than others; yet as Obama says it is up to us to take firm our stance and shape the appearances we would like to have shown back at us.

“We are the first generation to feel the effect of climate change and the last generation who can do something about it.” Barack Obama, Former US President

The sensitivities involved in revolutionizing the mirrored reflection feels like a swim in uncharted waters. It becomes more difficult to approach innovation with a one size fits all mentality. The simple explanation for that is because variables, like climate, is becoming more unpredictable around the world. Natural phenomena have always required careful analysis in order for humans to predict and prepare for them, however we are seeing abnormal shifts in these circumstances. At the moment there is a broiling heatwave being experienced in Canada and the American North West. The city of Cape Town faces flood fears this week and at the same time the Netherlands has mid summer days that feels more like autumn. Due to these erratic switches in climate patterns, the need to have the Aquatecture Rain Harvesting System tested in both hemispheres feels more like a necessity rather than a nice-to-have. To facilitate a thorough research and development phase, taking into account changing weather patterns, today we are elated to unveil the second full scale pilot of Aquatecture. It is located where the idea was initially conceptualized and nurtured, in the city of Eindhoven the Netherlands.

On 14th December 2020, the Dutch government announced its strictest lockdown measures since the pandemic began, around that same time Shaakira began preparing for the development and installation of Aquatecture’s second pilot in her current country of residence. After submitting an application for Pitch It! Van A tot Duurzaamheid at Cultuur Eindhoven, she was selected as one of the finalists with her project Aquatecture. Pitching from a living room to a laptop screen, with a star jury on the other end was a new and strange experience. All finalists were given complimentary pitch training by Steye van Dam, a Dutch TV personality and pitch trainer. The jury comprised of Jacqueline Cramer, Bas van Abel, Paul van Nunen and Tom van Soest; who are all respectively experts in the fields of sustainability, design and entrepreneurship. Aquatecture was awarded an amount of €10,000 to realize the project plan for the development of a second pilot installation.

As was true with the pilot realization in South Africa, this installation is successful thanks to the collaborative efforts of local partners. In the midst of a green realm in Strijp, Eindhoven lies the BioArt Village, the chosen site for the Aquatecture installation. It is installed on a military bunker complex built by the German army during the Second World War. The site is a self-supporting location, applying a circular approach to all resources and waste materials. The BioArt Village is a crossover hotspot where science, arts and nature meet. Jalila Essaidi and her team have supported the pilot by providing space and time for the installation through facilitating site meetings as well as loaning a water collection tank.

Advanced product development together with prototype tests and manufacture of the pilot series was realized in collaboration with Instaal, a metal company located in Bergeijk. Werner Schippers of Instaal, is an industrial engineer specialized in quality control techniques for production. Post production processing is thanks to Levent Kara, a precision laser technician who is skilled in delivering products which rely on accuracy. He has been a part of the manufacture of Aquatecture since its very first prototype, and is responsible for the quality control of the product in general.

Harro van de Beek, founder of Arcum Bouw B.V. inspected the site together with Shaakira. Harro and his team assisted by integrating the installation with the heritage site seamlessly by offering advice for the most appropriate fixing methods. Incorporating hybrid ways of working during lockdown, together with effective planning, made it possible to keep up the timeline of the project. Last, but certainly not least, without the financial support awarded by Cultuur Eindhoven, this installation would not be possible. Thanks to Tanja Mlaker and her team for the opportunity, follow up meetings and masterclasses provided throughout the last six months.

“Twenty-five years ago people could be excused for not knowing much, or doing much, about climate change. Today we have no excuse.” Desmond Tutu, Nobel Peace Prize Laureate

If you would like to keep up to date with the developments of Aquatecture, along with other news from Studio Sway then please sign up for the newsletter here:
http://eepurl.com/hmlxQ5
Keen on becoming a future first buyer or a launching customer who is willing to partake in the development of Aquatecture? Then kindly write an email stating your intentions along with your contact details to
info@studio-sway.com 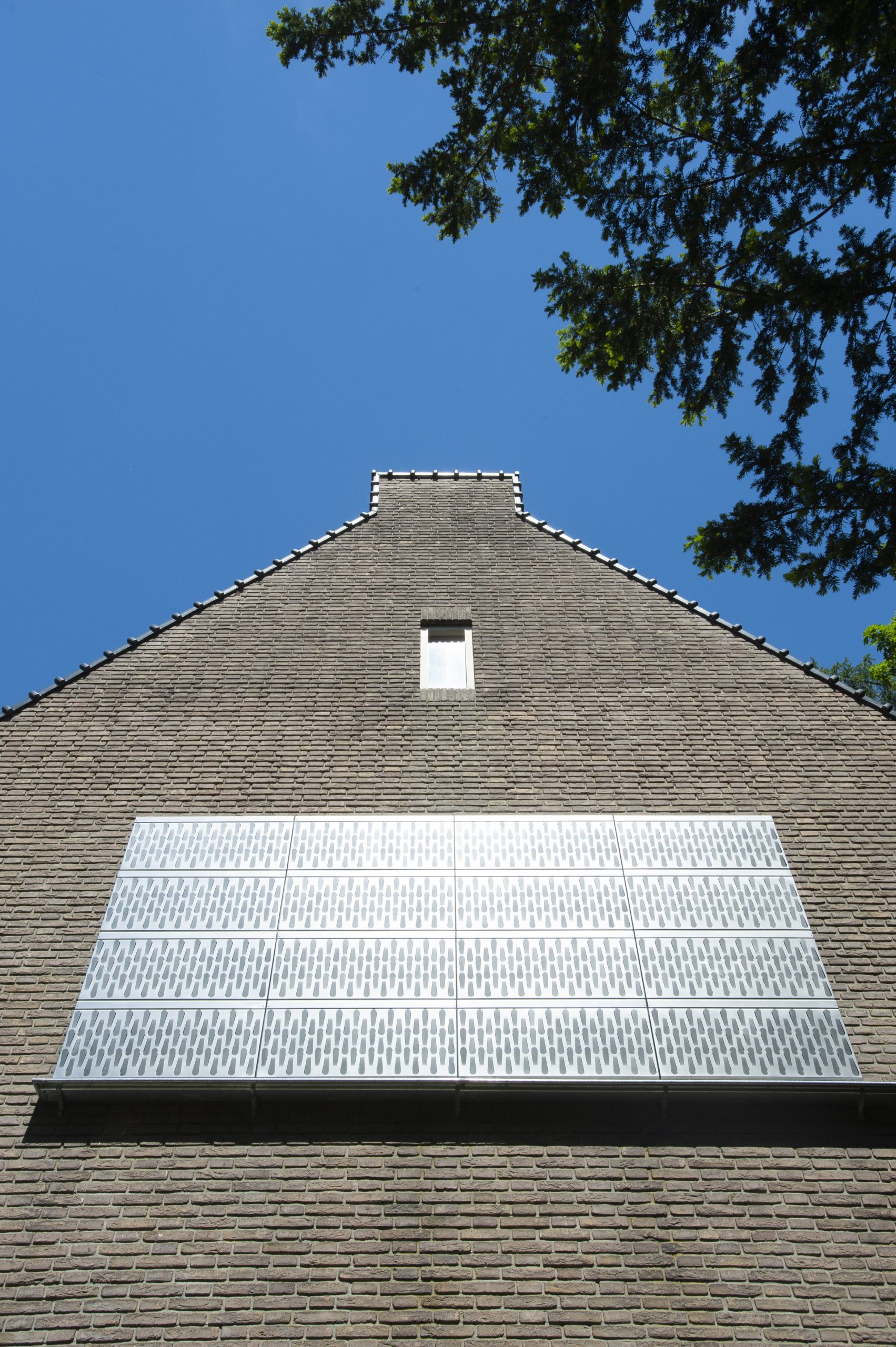 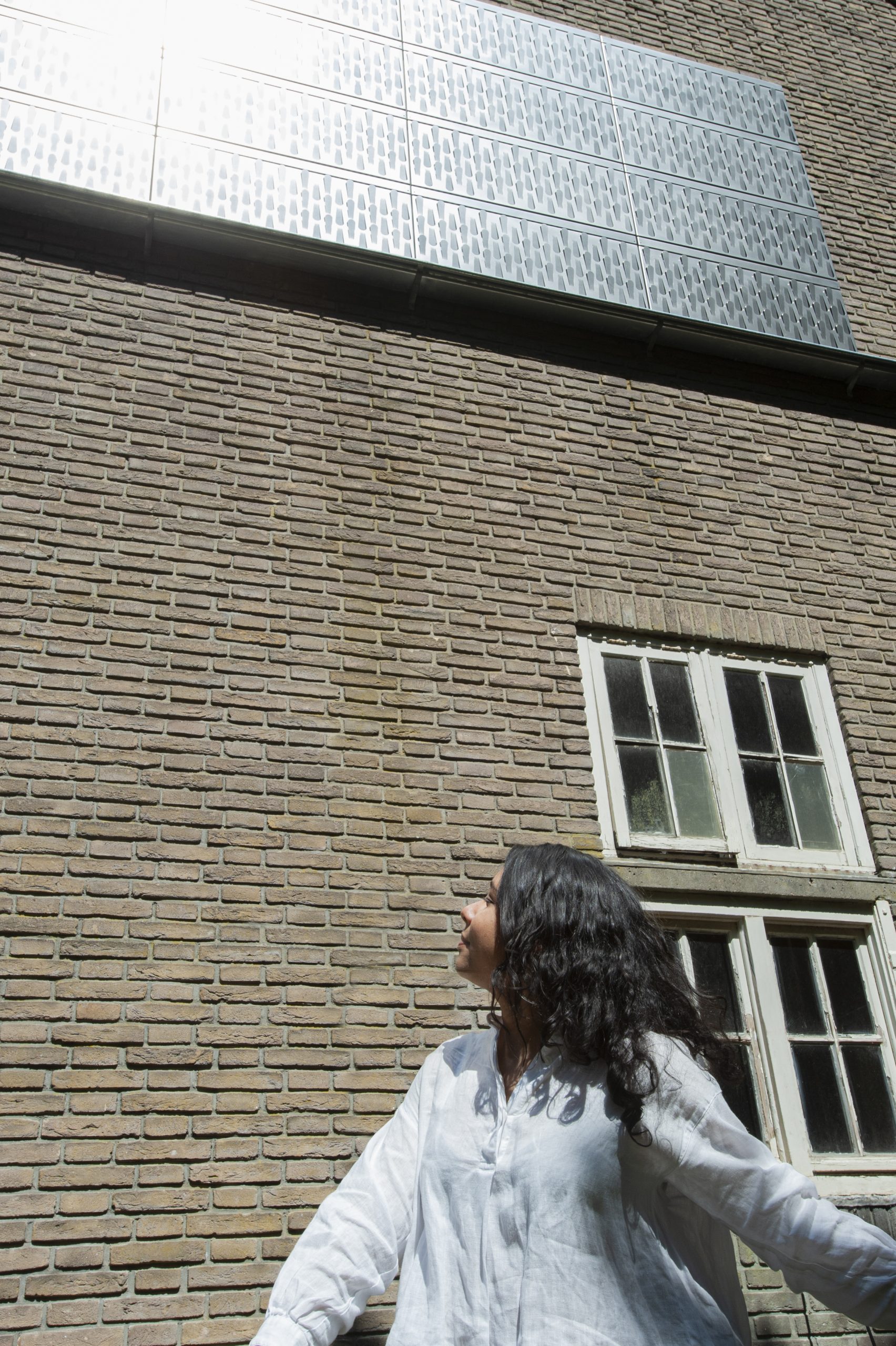 Shaakira Jassat with her Aquatecture Pilot 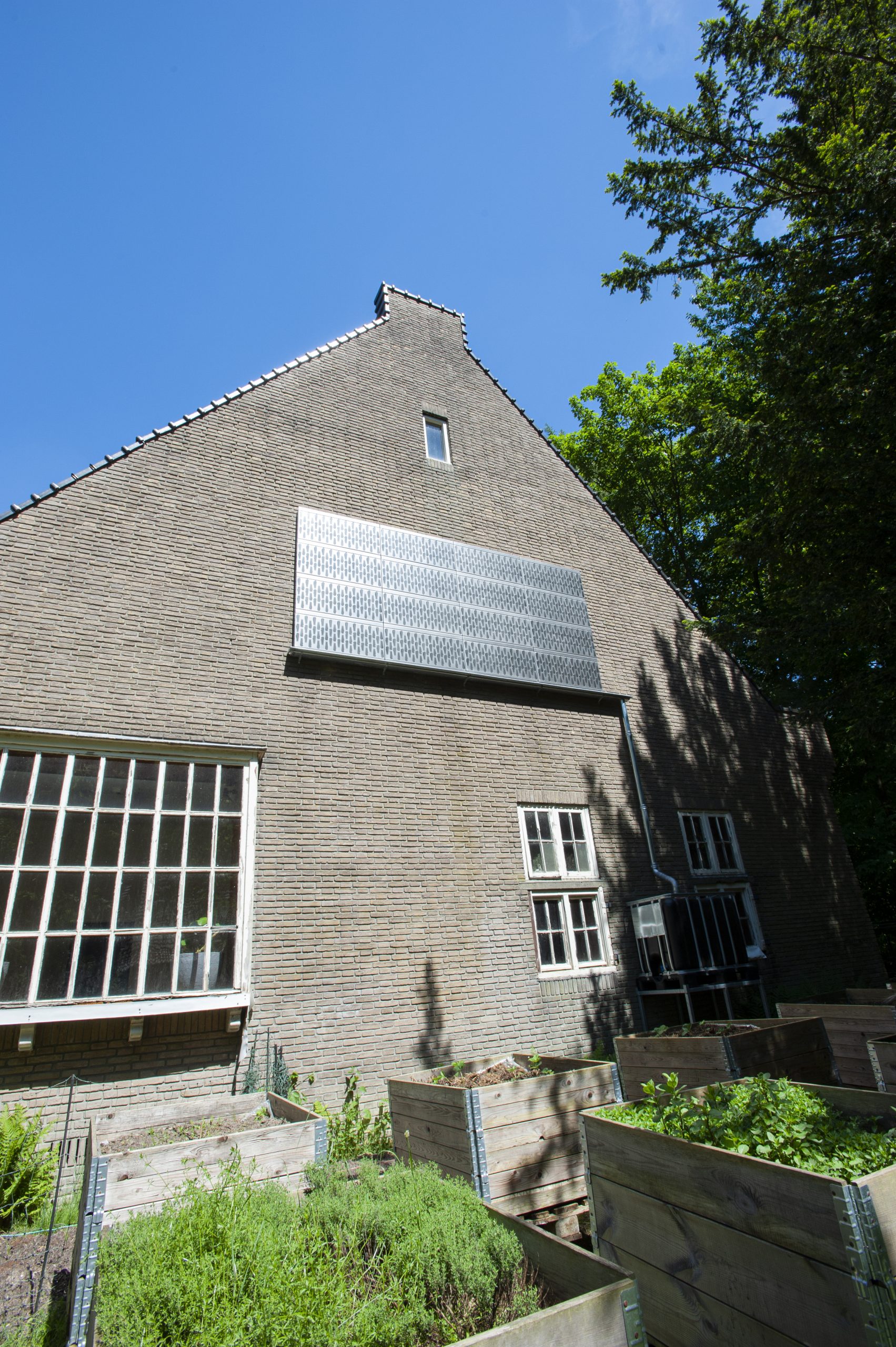 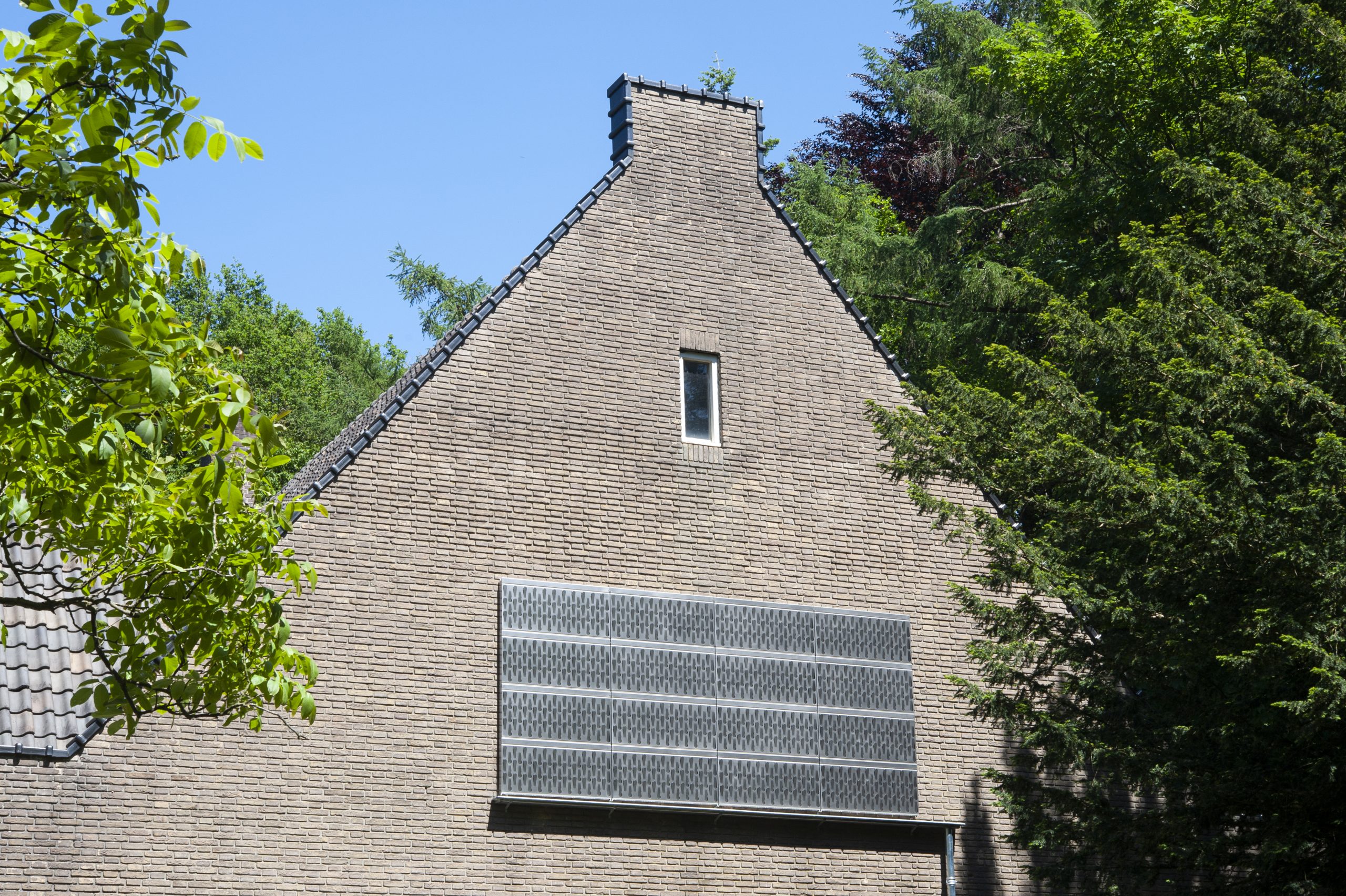 Aquatecture in the midst of the green strip of Strijp Eindhoven 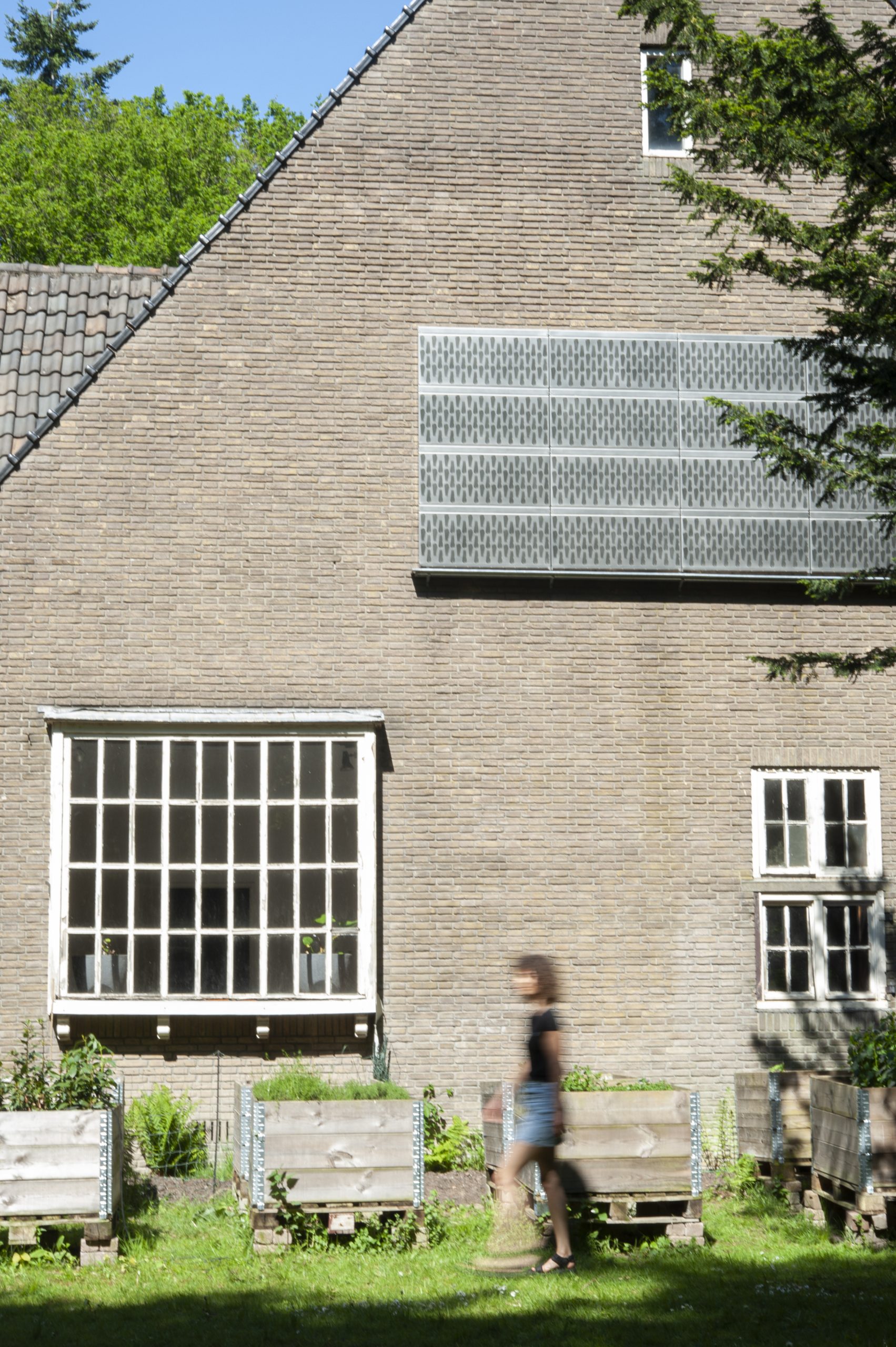 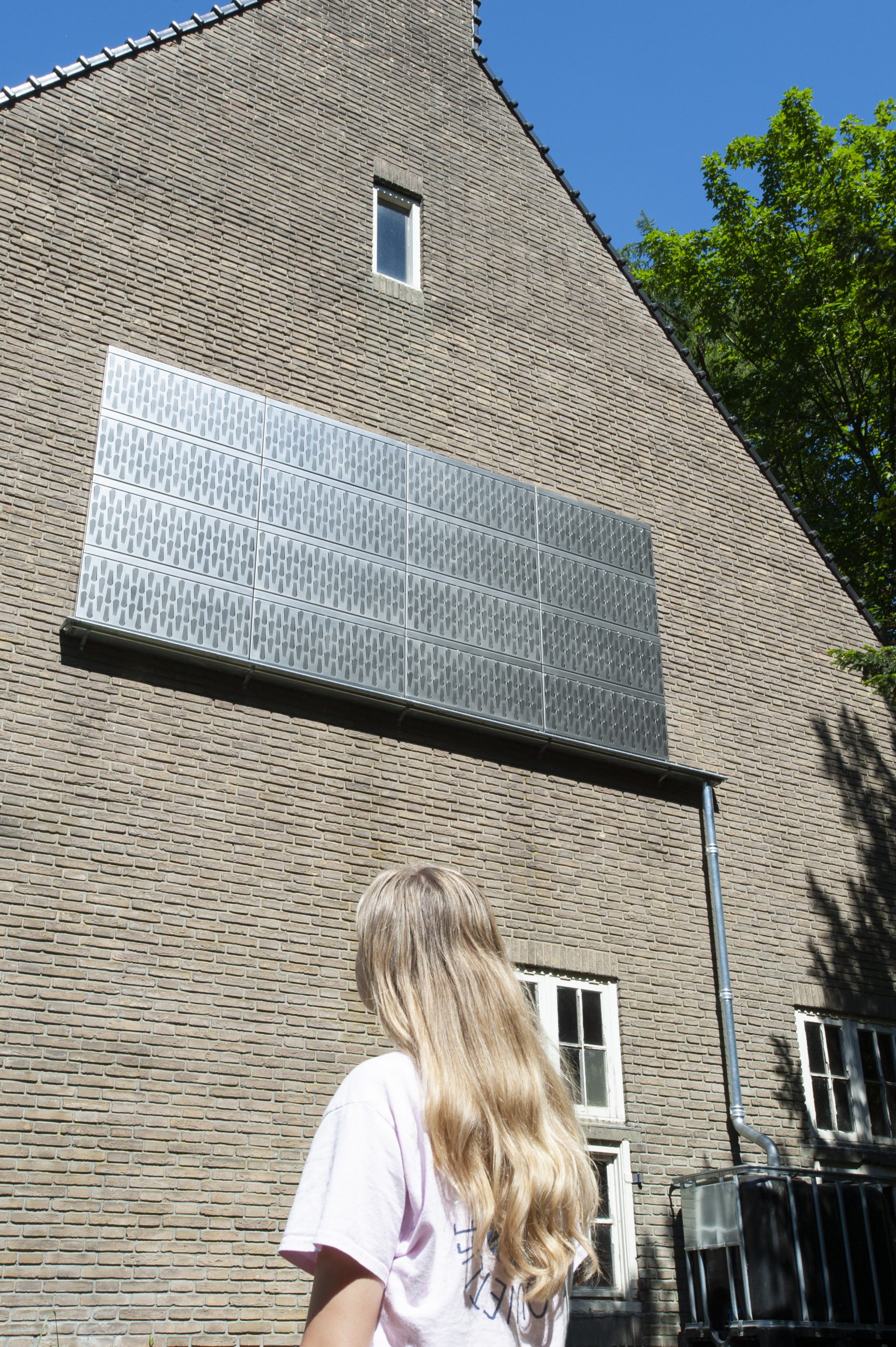